Film Is Not Dead – Behind My Eyes 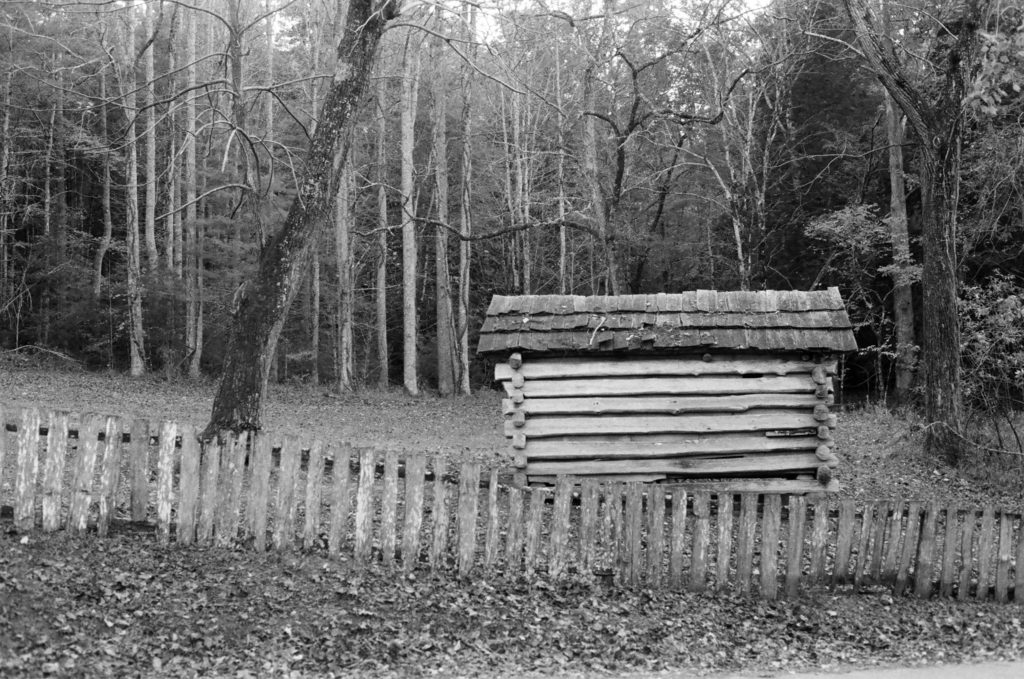 Last Friday I posted the above shot on Twitter and Facebook from The Great Smoky Mountain National Park for what is called #FilmFridays on Twitter. Along with the post info, hashtags #filmisnotdead and #believeinfilm were attached. One of my buddies on Facebook commented with an opposing hashtag basically saying that film is dead it just doesn’t know it due to some nostalgic people. I’m sure there was both sarcasm and honesty in his response, and that’s OK, but he may not know what I know (that isn’t much by the way) and likewise, you may not know it either.

What I know is that there is a very active, passionate and growing group of photographers who do believe in film and are doing everything they can to keep it alive. It seems to be working, at least in some areas.

Back in the April/May timeframe of this year, my film itch began to grow again. I’ve shot film on occasion for several years now, but since obtaining my Sony mirrorless digital equipment, it had taken a back seat, so much so that I had given away my 35mm Canon Elan ii to my great niece. That likely would have happened had I still been really active in film just due to the circumstances, but doing so left me with my only film option being a Pentax 645 medium format beast – I love her, but she ain’t the easiest to carry around and, with only 15 shots per roll, can get a bit on the expensive side. 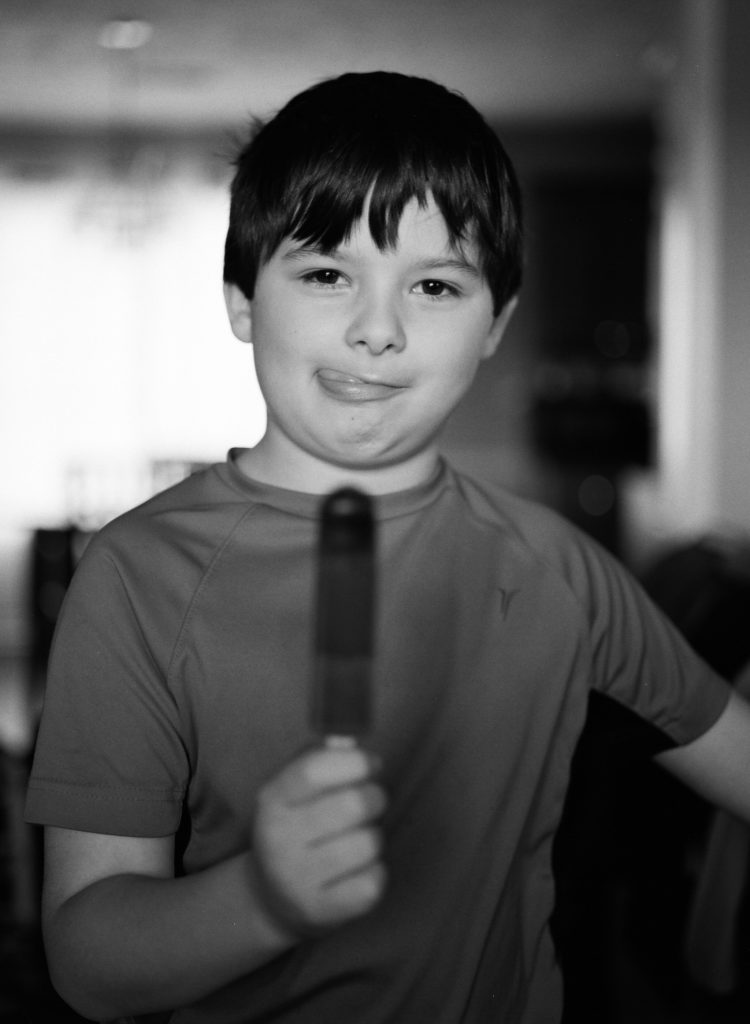 What got my itch started was an expired roll of 35mm Fujifilm Neopan 400 sitting in my fridge. When I saw it, memories of how much I LOVED the contrast and detail of its images rolled through my head and I knew it could not be wasted. Also, I had joined a kickstarter project for Cinestill 800T film for 120 medium format photography – Cinestill is basically a brand of film that has been converted from cinema film and has a beautiful look. I had two rolls but wanted to find out info on how to shoot it – whether it needed to be underexposed, overexposed or shot at box speed. 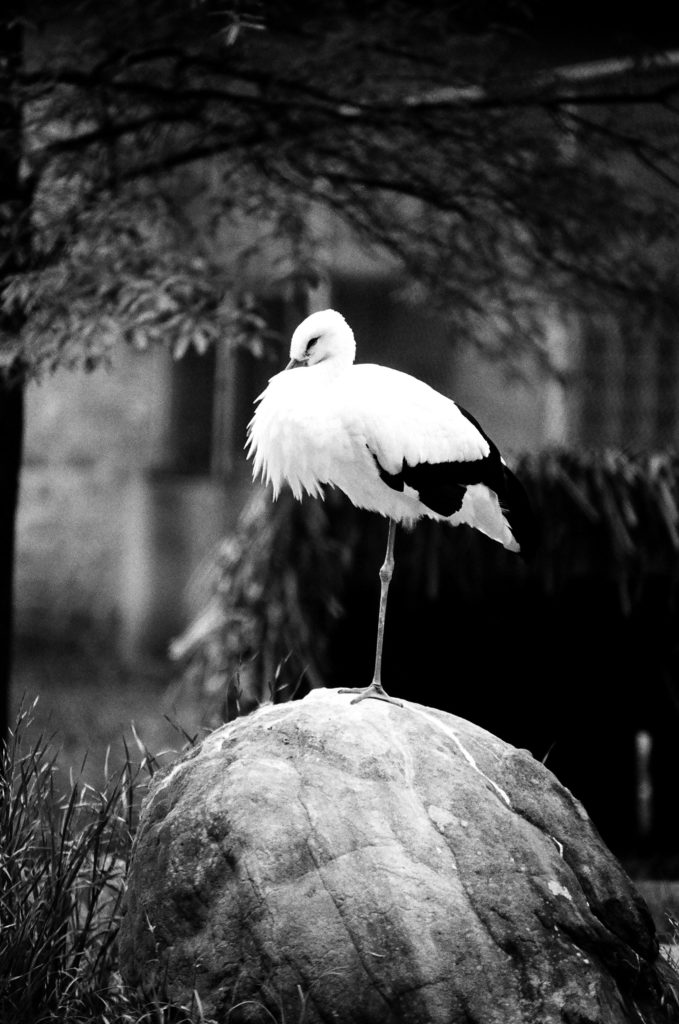 So I started a search on YouTube and Twitter looking for a 35mm camera to shoot the Neopan and information on the Cinestill. What I found was rather inspiring, especially on Twitter. When searching the hashtag #filmisnotdead, the steam was heavy, filled with a large group of diverse film shooters – and I mean film shooters. They take images every day, develop and scan their own images and share what they learn and know through their websites and social networking sites.

Much of the interaction took place with and through a site called EMULSIVE (Twitter user @Emulsivefilm). Their posts shared not only film images, but interviews with film photographers, reviews of film, equipment, developing techniques and general overall news about the film community. Their About Page states they are a reasonable advocate of film photography. The interaction with and through this site was fantastic, objective and, most of all for me, exciting. Exciting to know that there is at least one resource out there that can help me in my film endeavors and make me excited about the medium again!

A direct message was sent to EMULSIVE concerning a new 35mm camera – the response was immediate and incredibly helpful! Not only that, without force or coercion, he made me feel like I was part of the group – and I was! Granted, I chose a different camera to purchase than any of the others we talked about (and have since sold it and bought another), but it did help me mold my decision.

Shortly thereafter, he created two new private Facebook groups and invited me to help moderate the action. Since creating these groups, I’ve learned that there is a very vibrant and growing film community. Through the site I’ve been made aware of NEW film stocks being made – that’s right, new ones – that I’m already trying out. Even considering developing my own film down the road – we’ll see. 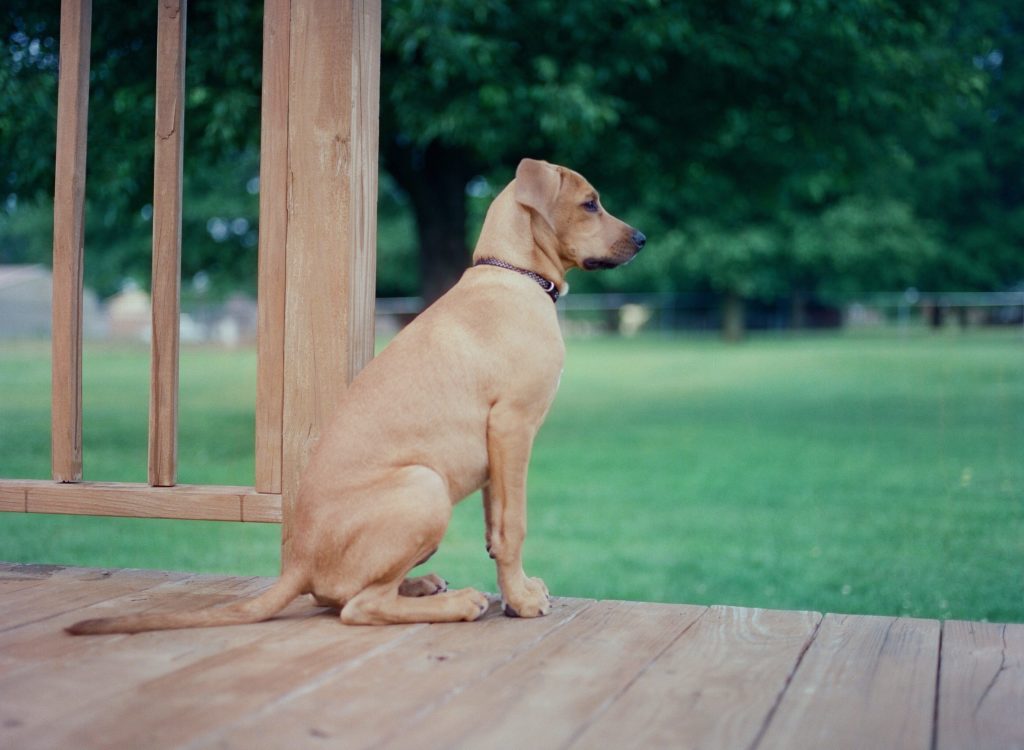 OK, so let’s step off of the fanboy steps for a minute. The truth is, many of the great film emulsions have been discontinued, that is true, and the current market is only about 2% of the level it was at its peak in 2003. But there are signs of life, like Kodak’s decision back in January to bring back Ektochrome. Harman Technology (Ilford) is making a large push in their business due to film and companies like Bergger, a French company formed in 1995 who’s sole products are built around film, papers and chemicals for film photography, even putting out new grades of beautiful black and white films. There’s also been a demand for instant film cameras, like the Fujifilm Instax Mini. This January 2017 article in Time (http://time.com/4649188/film-photography-industry-comeback/) highlights how these companies are seeing 5% growth year on year specifically in the film market. They’re even seeing professionals move to film as a competitive advantage over digital photographers. So even though it’s not where it used to be, there are definite signs of new life in film photography.

So, why all this fuss about film? I LOVE my digital camera equipment and LOVE making images with all of it. But there’s almost a no fear attitude with it – take as many images as you want as it doesn’t cost anything. This is great for experimentation and fine tuning a shot, but it can also be a bit detrimental to honing skills. Film is a bit expensive and you know there’s only 36 exposures on this roll or 15 on this one – you don’t want to waste them. That makes me slow down. It makes me think about what shot I REALLY want to take before pressing the shutter.

There’s also something about the process. Loading and unloading film. The film advance. The sound of the shutter. Manual focus. The not knowing what the images will look like until they’re developed. There’s a kind of intimacy with the camera and film that does not exist with my digital gear, although that relationship is still very good. 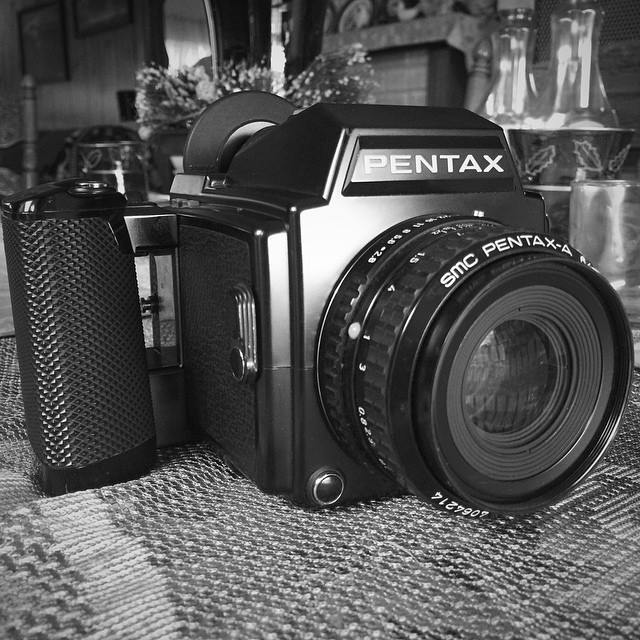 In the end, though, it’s the look. I LOVE the look of film, especially when it comes to images with people in them. The colors are unique, the tones belong to the film. Even though some companies have been able to get presets close, it’s still not the same. And when it comes to black and white, there’s no comparison – film just wins out in my book. There’s a timeless feel to black and white film, especially my favorite, Fuji Neopan 400. Unfortunately, it’s no longer made, but I’m excited about finding a new favorite! 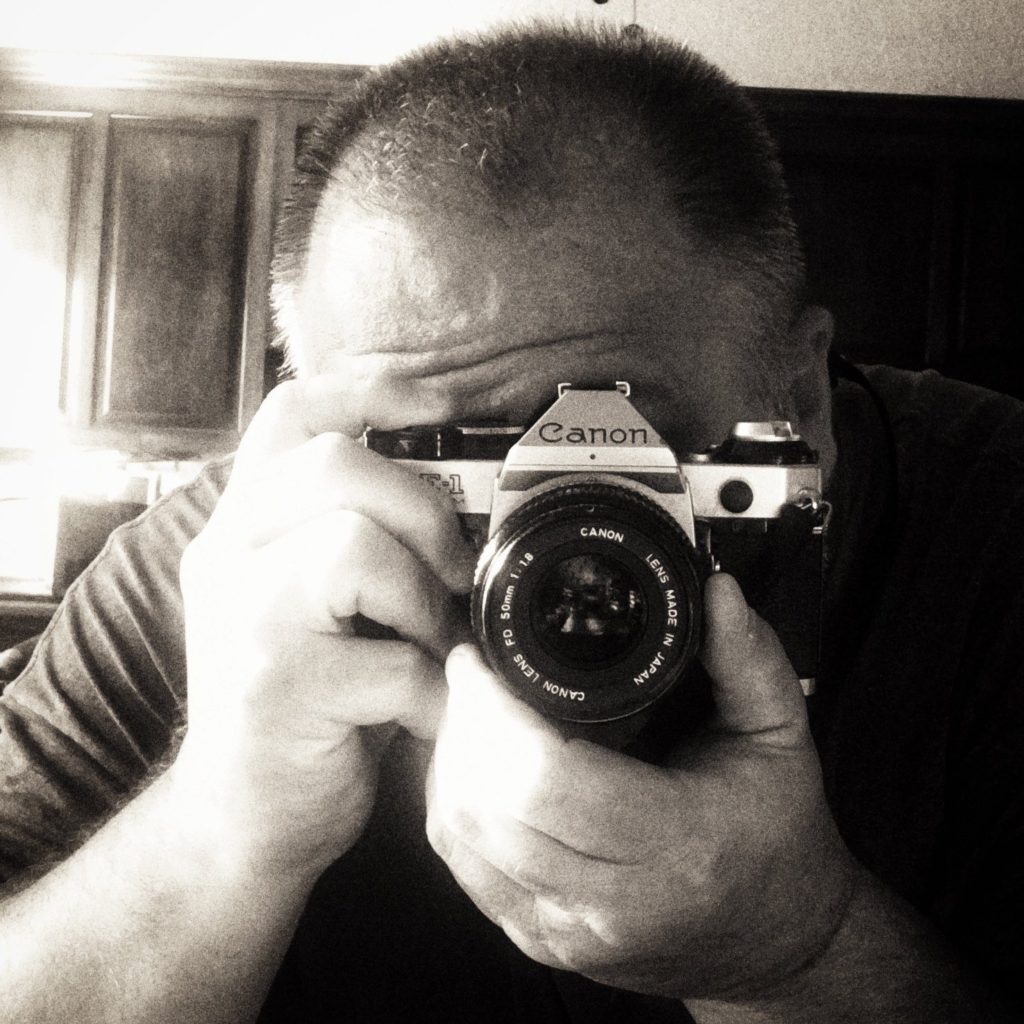 Is film for everyone? Is anything for everyone? No. It’s not even for me most of the time, but when it comes to people and documenting events, I prefer to shoot film. Some things to keep in mind if you’re considering film photography:

My intent here is not to scare you off – it’s just to make sure you know what’s involved. I love it and will continue to pay to use film. Someday, I plan on lowering that cost by developing my own and I already have the ability to scan – all I need is chemicals and practice, but it may take a while to get into it. Good news, there’s a great community and resources out there to help me when I get ready to dive in!

Let’s face it, film will likely never reach even a fraction of what it once was – digital is so inexpensive and easy that many people these days don’t even know what film photography is. With that said, there’s a strong community of photographers out there who ONLY use film and will continue to do so until there is no film to use. Granted, some are in it for artsy reasons, but many, and I mean many, shoot film because they love the process of making pictures with it – period! And even though there’s not many companies creating new equipment and films, there are some and that could be a sign that some see what I see, a growing and vibrant community of film photographers! Who knows, based on the Time article, if you’re a wedding or portrait photographer, maybe you can gain an edge over your competition by shooting film!

As I’ve said before, it’s all about producing the image you envision making. Some folks can’t see film ever becoming part of their vision or process, and that’s OK. But many others see film, at least part of the time, as the best way to produce the images that are behind their eyes!