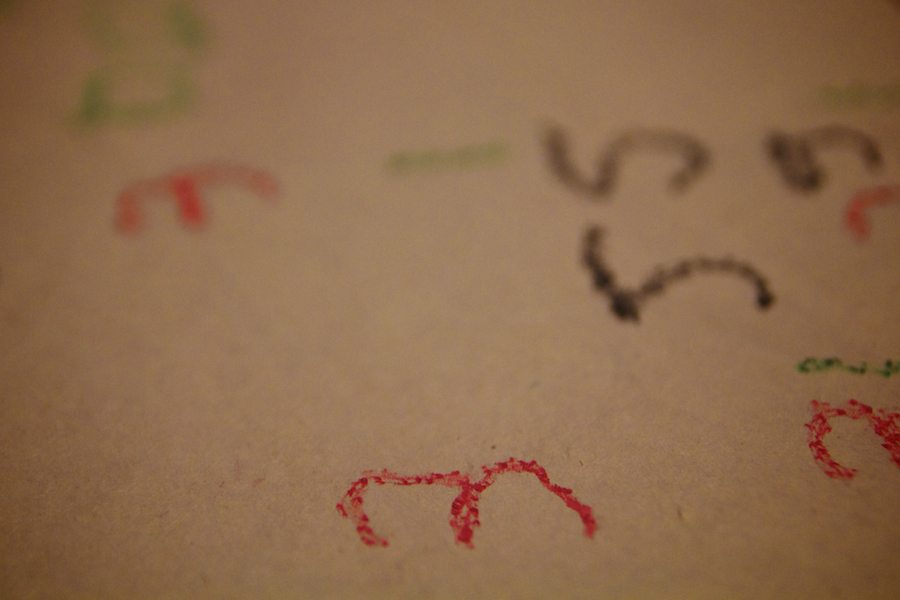 My son was working on his spelling the other night and he was trying to perfectly write his name, ‘Sam’. His ‘S’ and ‘a’ were pretty much on the money, but his ‘m’ was a bit off. The problem was not with legibility, it was clearly an ‘m’, but instead of rounding the humps, he treated them as if they were points, or direct lines, so it looked like a miniature upper case ‘M’ instead of a rounded lower case ‘m’.

From a communication standpoint, there was no problem, his name was clear and easy to read. But when writing the ‘m’, I could imagine his mind saying, “…point, to point, to point,” making straight lines to limit distance and ‘technically’ get the letter correct.

As I thought about how to help him conquer this, the thought of a stiff, straight up dancer moving from point to point on the floor came to mind and it was mentally compared to a dancer with grace, flow and curves (think the good dancers on Dancing With The Stars versus the very bad ones). Even though they both move from one point on the floor to another, the one who is loose and graceful would look so much better and comfortable than the stiff, upright dancer, counting the least number of steps it takes to get there.

It also made me think of my photography. So many times, my eyes are looking for the standard, break no rules composition that the image comes up boring and dry, looking like nearly any other image of the same subject. Even though these compositional rules tend to make more pleasing pictures, it does not necessarily stretch the creativity of the photographer and/or get to a unique one of kind of photo. World renowned wedding photographer Jerry Ghionis gave a great quote at Skip’s Summer School in Las Vegas in 2011. A person had asked him how he learned to crop his images so creatively. Jerry told him in reply, “The key to cropping creatively is to crop creatively.” Genius!

Jerry may have been being a bit sarcastic to the person asking the question, but he was absolutely correct and I, and probably most photographers out there, struggle with getting out of our structured boxes and trying something just for the sake of trying it. It may not produce a better image, but it could, or it could lead to another idea, and another, and so on. Even then, the image we produce may not be better, but it might get us out of the “from point A to point B” mentality and into a practice of seeing different compositions, which then could lead to something amazing and unique. If nothing else, it could just be more fun, which is plenty in itself!

So I’m going to encourage my boy to add some curve to that ‘m’ by letting the pencil flow a little bit, and encourage myself to “crop creatively” the next time the camera’s in hand. Who knows what might show up behind my eyes as result?