Over the years of taking landscape photographs, it had grown on me that only the light just before sunrise and just after sunset were worth taking pictures in. Well, that and daylight where the clouds were plentiful enough to knock the harshness of the sun’s light down to a manageable level. A recent trip to Colorado convinced me that the high contrast light is not only acceptable, but even preferred for some images, especially when coming into the frame from the side, or, side light if you will. The mountains have a way of changing people don’t they? Let’s take a look. 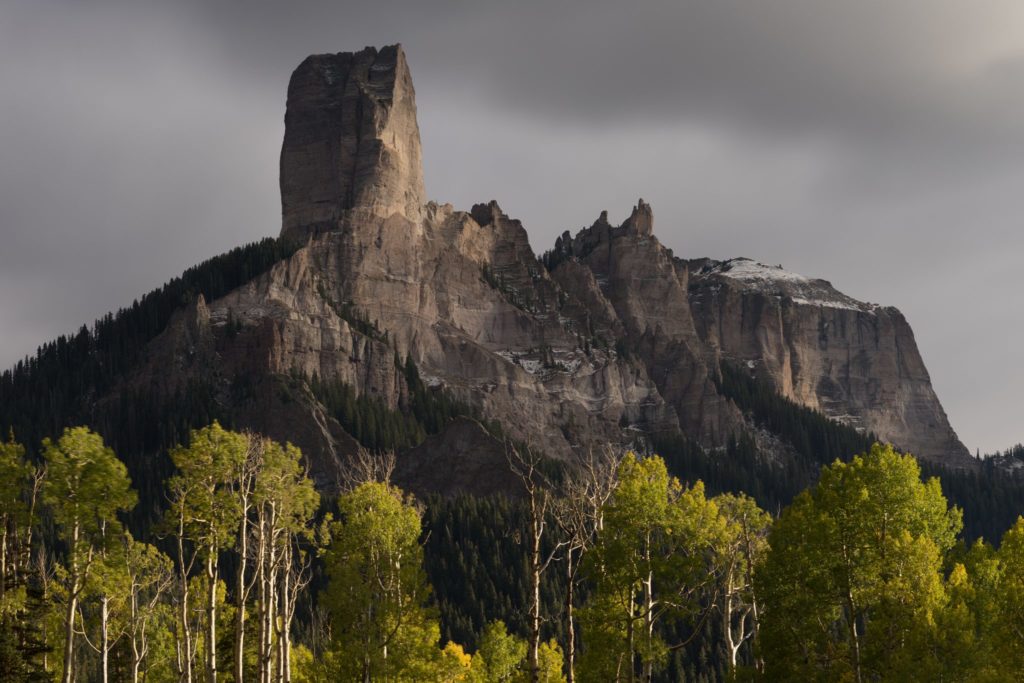 If you’ve ever seen the 1969 classic movie True Grit, you might recognize the mountain in the image above, Chimney Rock, as it was where one of the pivotal scenes in the movie was filmed. It’s part of the Cimarron Mountain Range just outside of Ridgway, CO. Just before sunset, we had some awesome cloud cover that was really mixing up the light coming from the sun at camera right. In this frame, the sun was behind one of the clouds, and, even though there is some contrast in the bright and dark sides of the mountain, it’s still pretty evenly lit and flat.  You can see from the tree tops in Deb’s Meadow below that the sun’s rays were still out, just not on the mountain at this time. Most of the time, this is a preferred light for me as it allows latitude in processing and the contrast level is pretty neutral and adjustable. 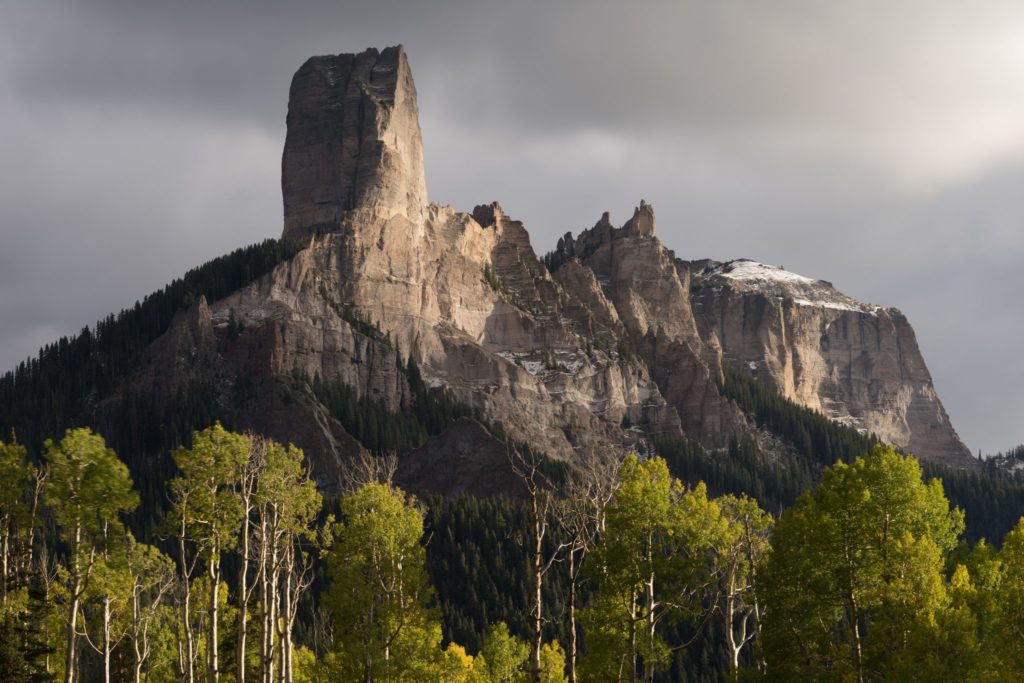 In this image, the sun is starting to light up the mountain face, but is still subdued. Definitely better than the first image, but there’s limited coverage across the entire face and the light on the trees has now lessoned. In the image below, the sun’s light has really illuminated the mountain’s face and the trees below it. The contrast in the light now also makes the shadows a bit darker, creating more definition and detail, as well as just making the image more moody and interesting. The edited, completed image is just below as well. 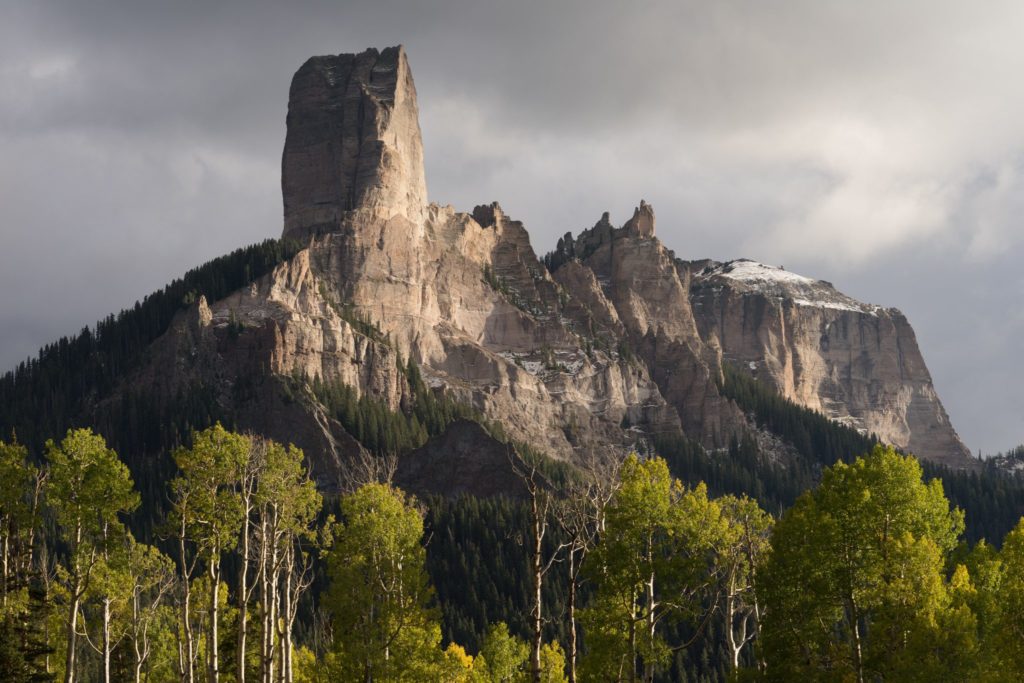 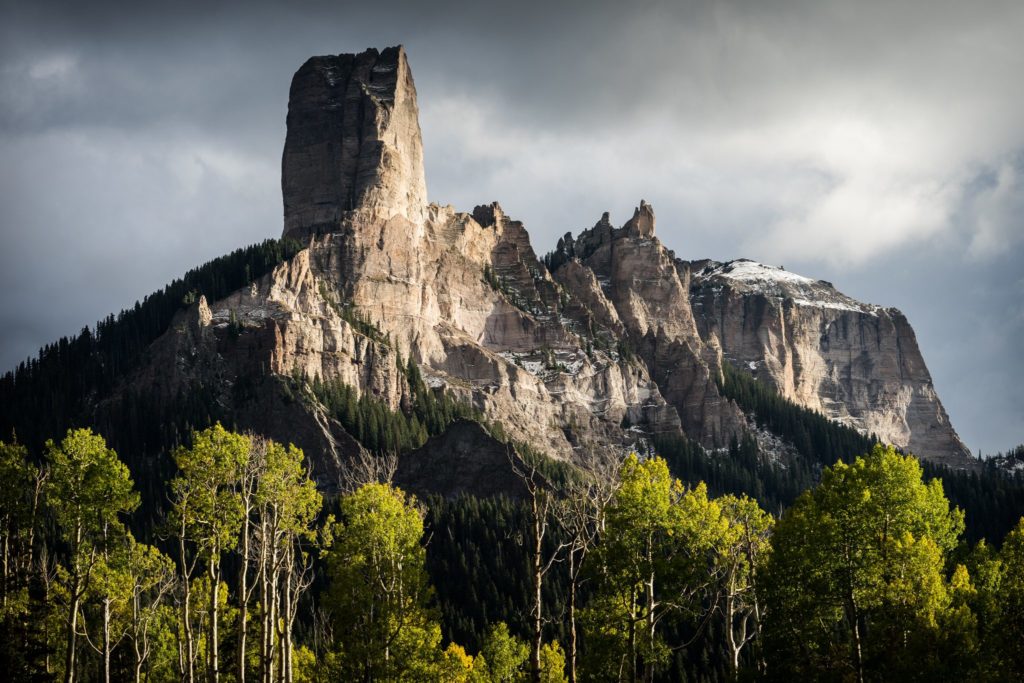 So what have we learned? Contrast from the sun’s light can be our friend! Canon Explorer of Light Rick Sammon has a saying, “Light illuminates and shadows define.” This is especially the case for side lit compositions with texture. If the sun was located directly above the mountain, the light and contrast would be totally different, with much of the details in the face and back of the mountain being washed out because the shadows are no longer defining these areas. So both quality and direction of light is terribly important, especially with textures and detail. Let’s look at another example, this one from my home town of Lexington, TN. 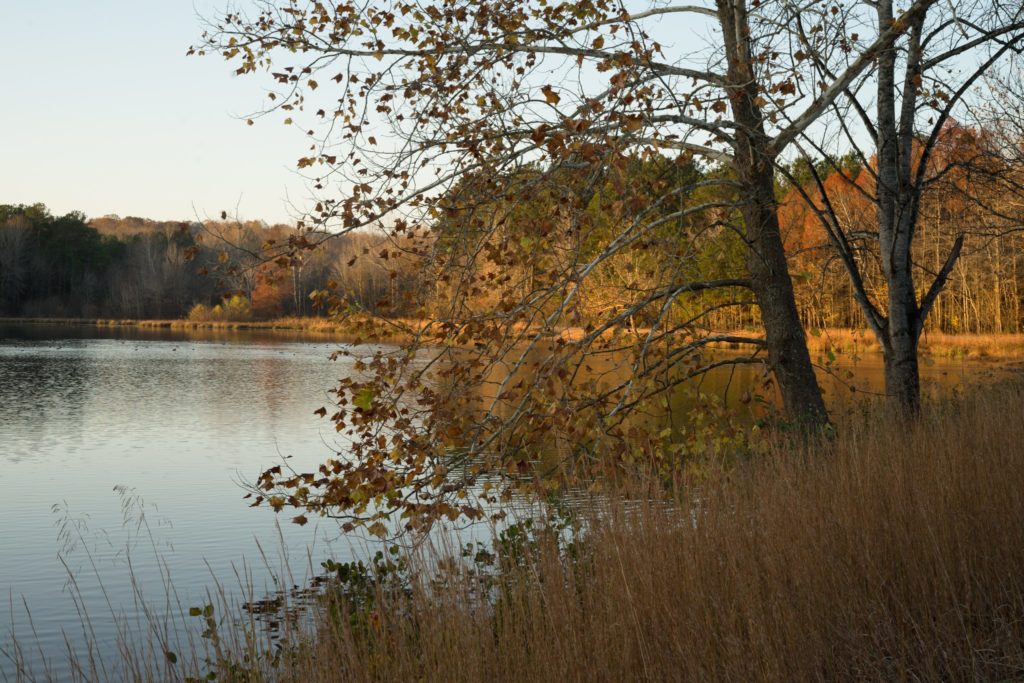 What drew me to this spot were the still colorful leaves on this sycamore tree and the bright orange grass surrounding it. Before sunrise, the lighting was flat – there was nice color on the horizon, but not anywhere around this tree and grass. After shooting in the mountains, my thoughts has changed enough to say, “Once the sun gets up above the trees to the east, it would illuminate the colors in the tree and grass and give more definition to the scene through contrast.” So I decided to wait on the light. This image was taken right after the sun made its first appearance, lighting only the far side of the lake. As you can see, it helped me to see, for the first time, the beautiful warm tones on the opposite side of the lake, but drew my eyes away from my subjects, which were still very flat. 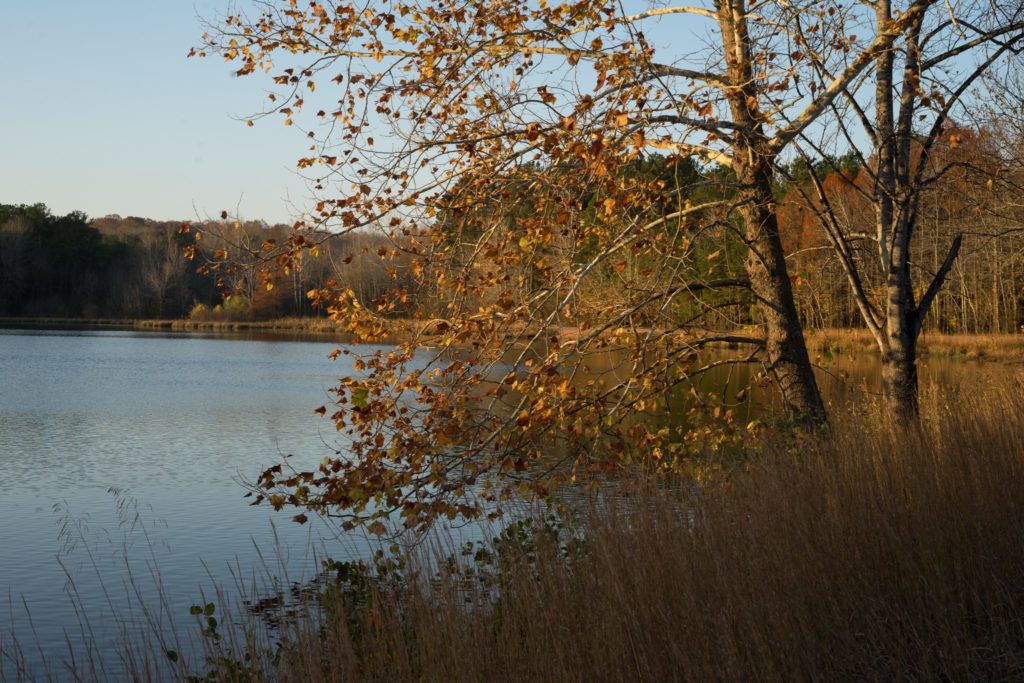 About twenty minutes later, the light was starting to hit the sycamore tree and better define it and the colorful leaves. However, the grass in the foreground was still flat and dark as the light had not reached it. The image still looks awkward because of the lighting. 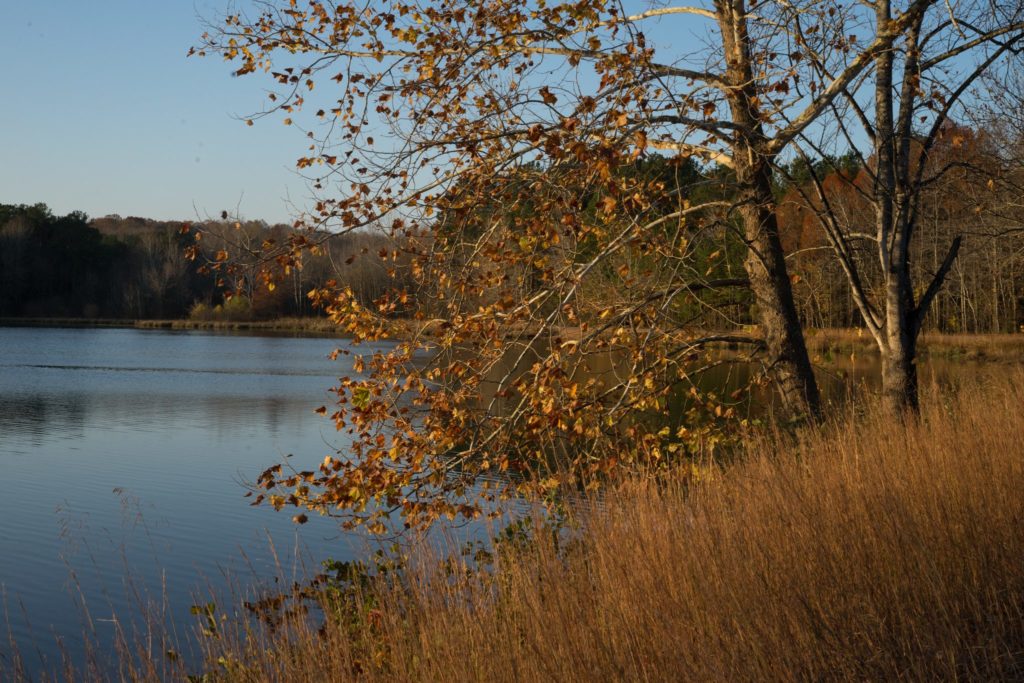 After a total of about 40 minutes, the sun had made its way all the way around to the grass. The contrast now seen in the tree and the grass have increased the definition and detail of both and allowed them to be front and center in the image. The light on the opposite bank has evened out, or lessoned in some areas, making a more secondary part of the image, along with the blue sky and water. The finished, edited image is below. 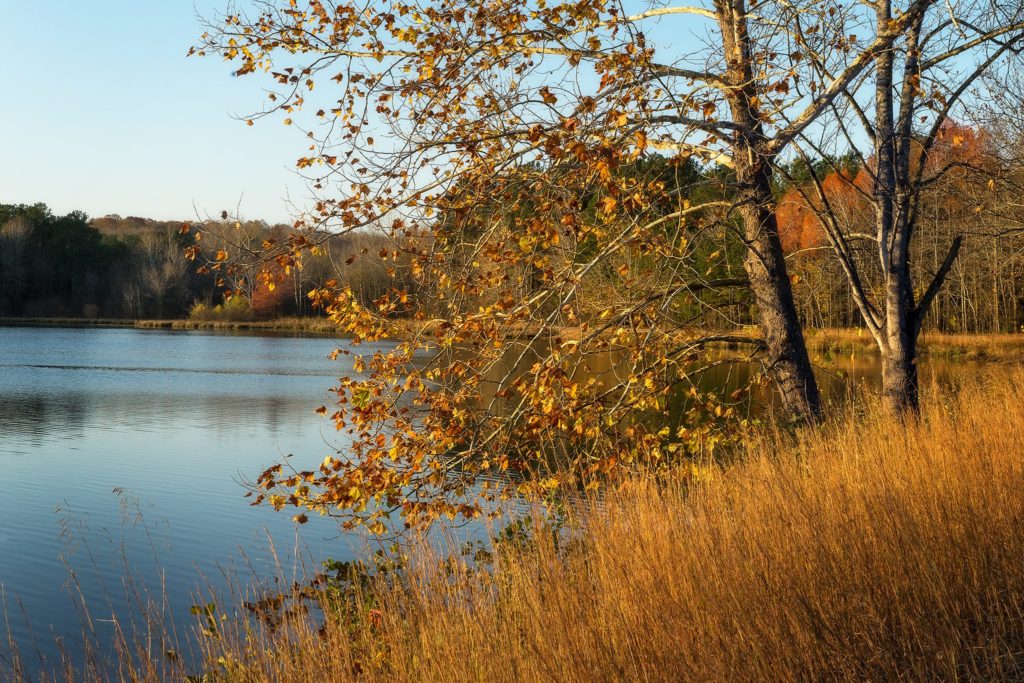 Up until this colorado trip, I’d stop shooting once the sun was above the trees, and when shooting directly into the sunlight, it likely will stay that way. However, if the sun can be used as a side light to better define and detail a composition, my shooting time will definitely be extended further into the morning, as they were in these situations. It may take some patience – I mean, it’s hard to control sunlight. And, in some cases, it may not work out. Most of our outings in Colorado did not produce these type of results due to clouds continually blocking out the sun and keeping the light from hitting the mountain peaks. We waited and waited, but it never worked with us. Fortunately, mountains tend to be photogenic, with or without direct sunlight (evidence below). It’s never too late to learn new tricks in producing the images that are right behind your eyes! 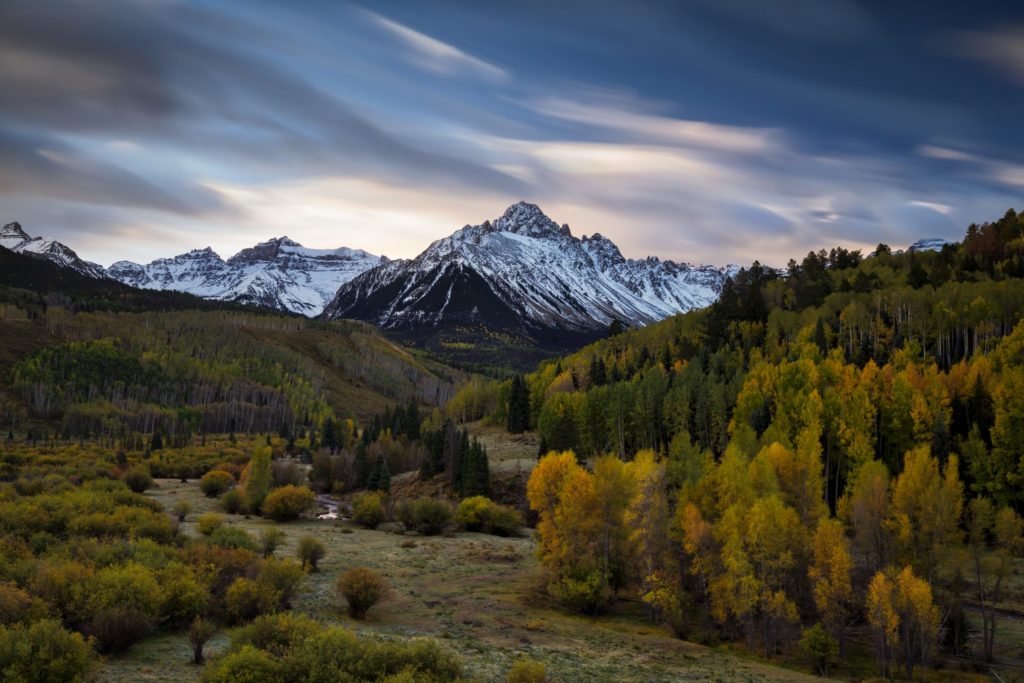 Mt. Sneffels off of County Rd 7 in Ridgway, CO