Sales and marketing tips to help you
find more customers and get more bookings.

This is the first in our series looking at different marketing campaigns for photographers.

If you have any campaign ideas or suggestions then please use the comments or email me at info@photocreative365.com. 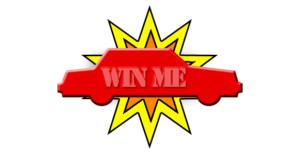 I first came across this campaign at a Mitche Graf seminar at last years’ SWPP convention here in London. The campaign Mitche recalled was forwarded to him from a US based photographer who specialized in senior portraits.

After a nasty divorce all the photographer was left with was a classic convertible (I forget which make). Short of cash (and business) the photographer realised that something drastic was needed….. This is where the ‘Win a Car’ campaign began…..

A list of graduating seniors was brought by the photographer.

He then had hundreds of car keys made (one of which fit the car).

The photographer then sent out a promotional letter to each of the seniors on the list.

The promotion finished at the end of the summer with a party and BBQ. Each senior could then try their luck with their key.

Yes and no. The photographer made one vital mistake…. he didn’t know who had the key! From what I recall the photographer generated $250,000 from the promotion….. so I guess that’s what you call a pretty successful campaign.

You can of course do this promotion with lesser prize but I would suggest that the bigger the bait on your proverbial hook… the bigger the catch! This can be done with other portrait subjects if you can get hold of a list to market to.

This campaign is really about the numbers you can get through the door so I wouldn’t recommend it for wedding photographers…… unless you want to shoot a lot!

There are a couple of ways you can do this on a smaller scale:

What makes it work so well?

Use these section titiles to help create your own campaign.

Alternatively you can download and print out our action plan sheet:

To generate 10 times the spend on the prize and marketing materials.

Cost of prize and marketing material

Each senior is asked if they have a key at time of first contact.

A Facebook fan page could be created for feedback and to announce which seniors are in the running for the big prize. Facebook is perfect for this target market so I would suggest sharing preview image here too.

This can be an extremely risky campaign and it does rely on being able to buy a big enough prize and big enough list of names and addresses.

Michael has been working as a photographer for the last ten years. In that time he has shot over 100,000 peoples’ portraits and worked in four different continents. In 2001 Michael graduated with a degree in photography from Manchester Metropolitan University.

The news and information you need to run a successful WordPress powered photography website. 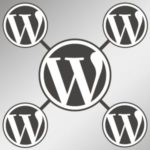 To understand WordPress Multisite, you first need to know what the WordPress CMS (Content Management System) is. If you haven't already, please give our ...
Read More 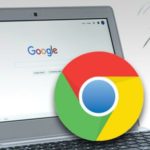 Google Kills Autoplay Videos, How will this Impact Your Photography Website?

Starting in Chrome 64, autoplay of media files on your photography website will be turned off... in some cases. Google has been working hard ...
Read More 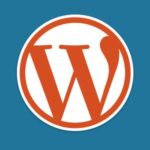 Your WordPress 3.7 Site May Be Automatically Upgraded to 3.8

Is your website running WordPress 3.7? If so, you may soon be automatically upgraded to version 3.8. Better make sure your Theme and Plugins ...
Read More 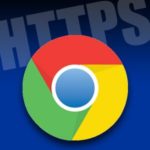 Chrome Will Begin Showing NOT SECURE Warnings to Your Website Visitors

Webmasters and site owners around the world started receiving emails from Google Search Console stating that their visitors will begin seeing NOT SECURE warnings ...
Read More