I think that photography as an art has taken a pretty big hit since the widespread acceptance of digital cameras. Hipstematic takes an arbitrary picture of a coffee cup taken with an iPhone and turns it into “art”. Bigger memory cards mean there is less and less risk in pressing that shutter button. Like never before, “art” in photography is largely an accident. But is it art at all? I think not.

I define art, not by what is produced, but by what the artist’s mind was doing when it was produced. By that definition, art must be intentional. You cannot simply fire off 10,000 pictures to find those 2 works of “art”. What you found wouldn’t be art at all, it would be a series interesting coincidences. Think about it this way—imagine that you could record everything your eye sees in brilliant high definition and at any point, pull out a single frame and publish it to Flickr. You probably wouldn’t consider that art. Yet this is often what digital photographers do. They point their camera in a thousand directions and find a few images that are interesting enough to share. Anyone can do that.

So, as digital photographers, how do we find our status as an artist? I submit that we find that status by learning to be intentional; by making calculated decisions about the things we photograph; by refusing to press the shutter down before we’re sure that what we’re about it capture is what we intend to capture.

Now, before I move on, let me interject briefly. Photography has a great history of accidentally capturing incredible moments. In fact, some of history’s iconic photos were total accidents.  And that’s okay. Because at that time in history, skilled photographers routinely and intentionally captured beautiful images. And sometimes, they caught beautiful accidents. But it was the exception, not the rule. And that’s part of what made those photos so remarkable. Today, it’s often the other way around. So, while there is a place for incredible coincidences in photography, as photographers we should once again aim to make them the exception, not the rule.

So, in the interest of learning to become true artists, here are six techniques to stretch our intentionality in the creation of our images and heighten the artistic integrity of our work. It’s all about thinking more, and shooting less.

Use a Prime Lens

This may not seem significant, but there is a correlation to our body and our mind. If your image doesn’t look the way you want it to from where you stand, you’ll have to think about how to face that challenge, rather than simply zooming in and out until it happens to look the way you might like. It makes your decisions less random. It also increases your likelihood to try different angles—which is something fewer and fewer photographers are doing.

Use a Smaller Memory Card

In film days, photographers made every shot count. Because they only had so many of them. Usually between about 12 and 36 images on a single roll of film. And, when those shots ran out, changing the film wasn’t so smooth as changing out a memory card. It took some time.

For many photographers, this meant thinking carefully about each picture before it was taken. It forced the development of good shooting habits, and added a sense of prestige when an excellent image was produced.

For your own artistic development, you can mimic this by using a much smaller memory card. Are you shooting on a 16GB card? Try a 1 or 2gb card and only carry one or two extras with you. You’ll quickly find yourself thinking a lot harder about the image you’re about to take. Pretty soon, this will become habit, and even when using larger memory cards, you’ll find yourself capturing fewer duds.

Shoot in JPEG… or RAW, whichever your less comfortable with

Many people shoot in JPEG because you can capture far more images on a single card. This is likely to produce lots of duds and a few coincidences. Try switching to RAW. You’ll have less space to work with and you’ll have to make it count.

If you prefer shooting in RAW, it may be because you like the expanded editability of the RAW files. This makes technical correctness during your shoot less important. Because if its under-exposed, you can easily brighten it up. If it’s over-exposed, you can easily darken things some. And all without sacrificing much, if any, quality. After lots of processing, this may produce more usable images, but is essentially the same problem. It’s ultimately a nice coincidence.

Forcing yourself out of these comfort zones helps to develop your intentionality and ultimately make you better, more calculated photographer—and artist.

When you get back from shooting, how many images do you end up throwing away or rejecting? 20%, 40%, 80%, 95%? If you’re like many digital photographers you’re probably landing somewhere between 80 and 90%. This means that 90% of your photos weren’t good enough to share. If you were shooting on film, it would mean you took 36 images and only liked about 3 or 4 of them. That would have been expensive, and you would have aimed for better.

So do that—aim for better. Set yourself a usability goal. Say to yourself, “I will capture at least 50% usable photos.” When you’re shooting, think to yourself that each time you press the shutter down, you’re either raising or lowering that percentage; effectively improving or damaging your collective quality. Stick to these goals until you’re keeping more photos than you’re throwing away. Trust me, you’ll thank yourself when you get to editing. Pick a usability goal and stick to it.

By banning these kinds of adjustments, you force yourself to become better at the technical side of photography. You learn to think about whether or not you need to use your flash, whether the backlighting is too intense, whether you need some exposure compensation. In time, you learn to face technical challenges with skill, rather than trial and error, or luck.

Banning these adjustments will also help you learn to think like a camera. You learn to look at a scene and actually estimate what settings you’ll need before you ever spring your camera into action. It’s like training your body to use your brain like a tool and it opens outstanding doors to creativity.

Training yourself to use photographic terms can help you to think more photographically. Cameras don’t see things the way our eyes do, and our brains also don’t think the same way a camera does. By introducing photography’s language into your vocabulary, you’ll find yourself able to imagine things the way your camera sees them. It’s a strange correlation, I know, but it works.

When an image isn’t bright enough, there are at least 3 settings within your camera that are contributing to that. When you think, “this image isn’t bright enough”, your brain doesn’t have to get specific. But when you think in photography terms, the words, shutter speed, aperture and ISO, are more likely to come to mind—effectively increasing your ability to think through the problem.

When you train yourself to use the language, you’ll find yourself less mystified when something isn’t working the way you expect it to.
– 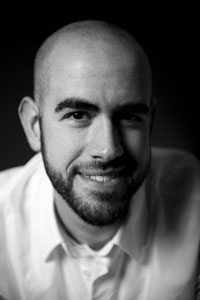 Petruzzo Photography was formally born in 2004. With myself as the primary photographer owner. Since its birth, we’ve grown to a small team of family, photographers, and interns. Our business has always focused on being friendly and approachable, and the same is true of our photographic style. We want to create work where the subjects really recognizes themselves and their relationships in the images.